So far the four musicians of Fior intensely worked on and played folk music from other countries (especially Sweden, France and Ireland), but now they developed an urgent desire to find out more about the melodies and songs of their home country Germany and to breathe new life into them. They’ve come across a true treasure of music, which should no longer sleep quietly! Medieval ballads and folk songs meet arrangements of poems by writers such as Fontane and Eichendorff, groovy jigs alternate with gentle waltzes and traditional tunes from rediscovered German music manuscripts are interwoven with the band’s own compositions.

The unique instrumentation guarantees an inimitable and lively concert experience. The mellow vocals, the Celtic colors of the DADGAD-guitar, concertina and tin whistle, the Nordic sound of the Swedish nyckelharpa and säckpipa, as well as the intense drone sound of the hurdy gurdy offer a rarely heard sound cosmos and take the audience on a lyrical journey full of groove.

Fior are Regina Kunkel (nyckelharpa), Rick Krüger (vocals, bagpipes, whistles, clarinet, concertina), Sebastian Elsner (hurdy gurdy) and Björn Kaidel (guitar, nyckelharpa). After Regina, Rick and Björn were already active for several years in the German folk scene with their instrumental folk duos Akleja and Airu, they got the idea to found a new band focused on songs and lyrics. With the hurdy gurdy player Sebastian Elsner they found the perfect match for this project. In secret they developed a new concert program which they’re now unleashing.

All four musicians are among the leading players of their instruments in Germany, have extensive stage experience and are in addition to their work as musicians also in demand as instructors at courses and workshops in Germany and abroad. 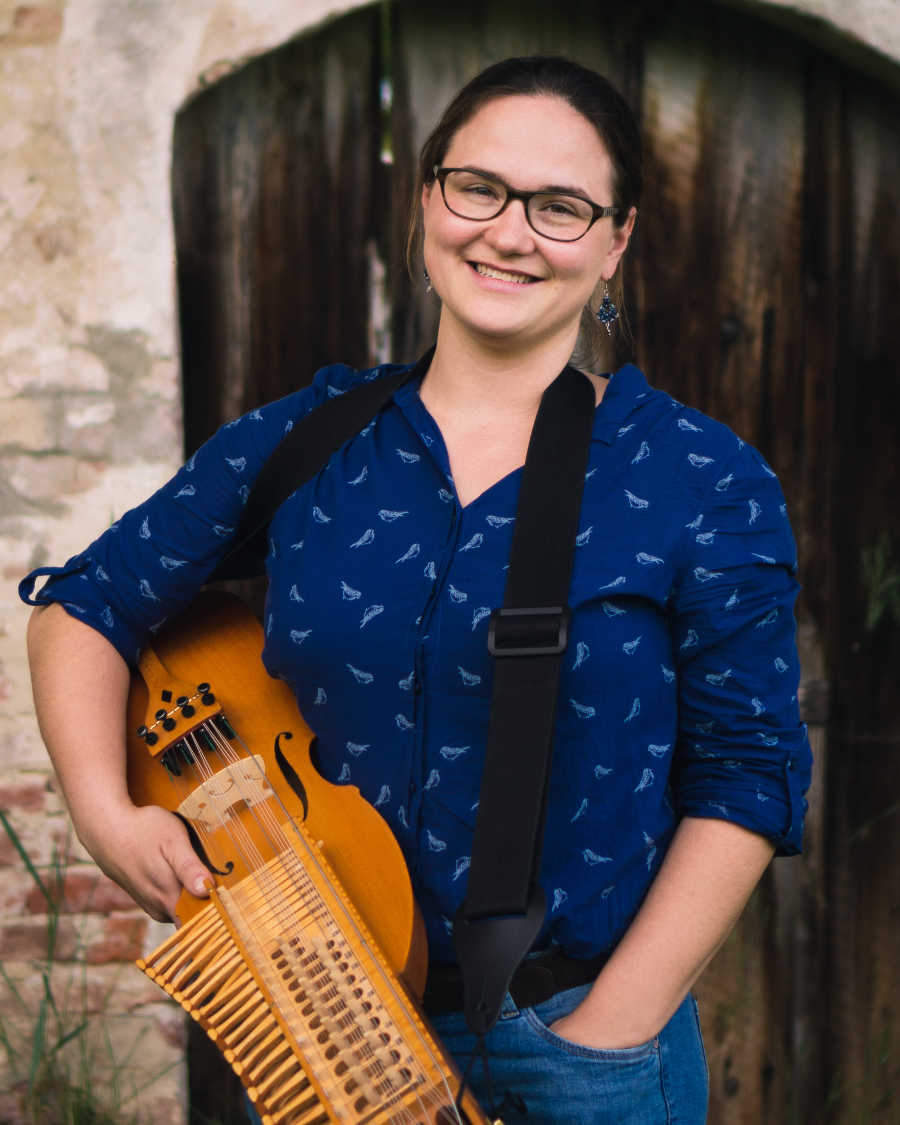 Regina Kunkel enriches the sound of Fior with her unique and groovy way of playing the nyckelharpa. After she autodidactically learned how to play different whistles and flutes originating from all over Europe, she later dedicated herself completely to the Swedish nyckelharpa. She has played concerts throughout Europe with Akleja and is one of Germany’s leading nyckelharpa players. Her way of playing is strongly influenced by private lessons she received from Josefina Paulson. 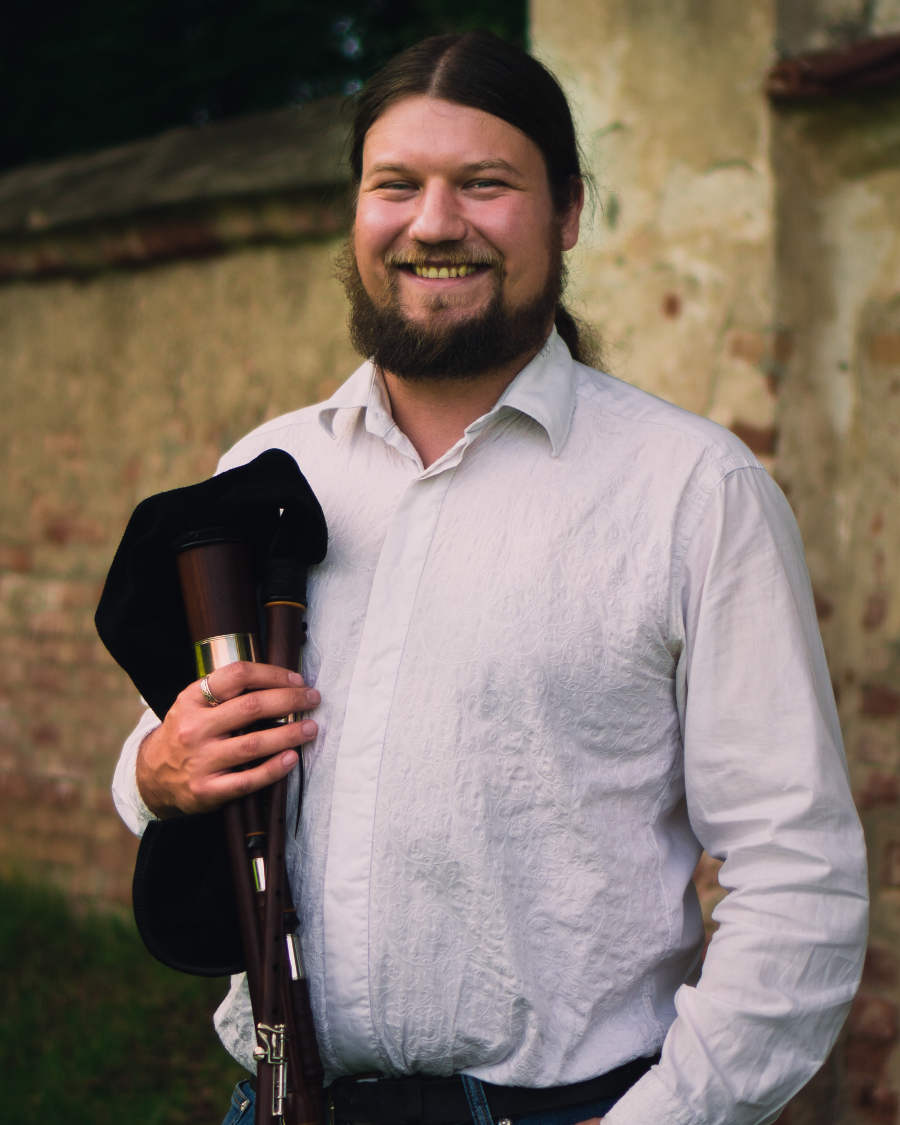 Rick Krüger is a multi instrumentalist, sings and plays bagpipes, concertina, clarinet and whistles for Fior. He is known across the borders of Germany for his virtuoso bagpipe playing and is also one of the most active folk composers in Germany. He played solo, with the bal folk duo Airu and the medieval comedy duo Mumpitz all over Germany, has released several CDs and now works on the new project Fior. In recent years, he received lessons from bagpipe virtuosos such as Callum Armstrong, Matthias “Mattis” Branschke, Christoph Pelgen and Vincent Boniface. 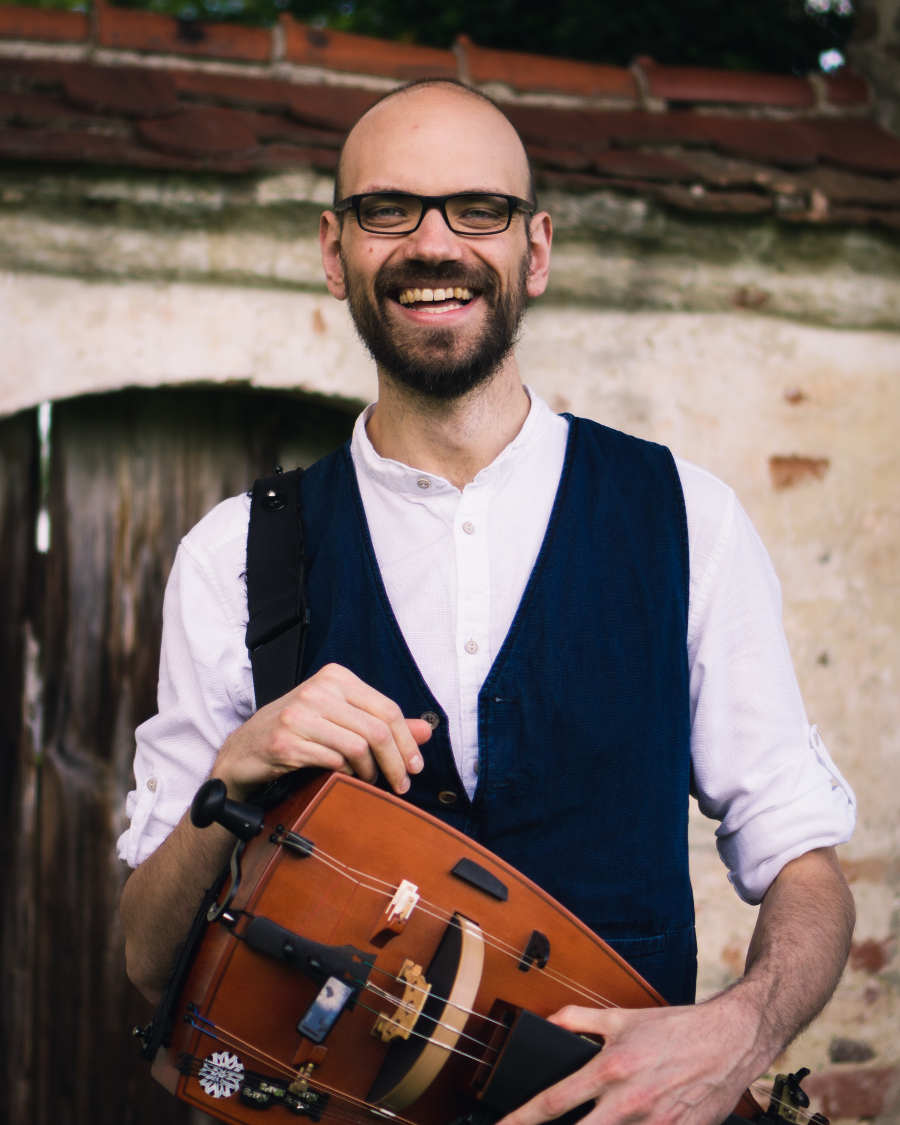 Sebastian Elsner is the band’s newcomer. After unsuccessful compulsory recorder lessons in school, he devoted himself to film and has since then contributed visual effects to many Hollywood movies. Only a few years ago, he discovered the hurdy gurdy and decided to face the “old-new” challenge of playing music once again. It only took him a short time to learn the instrument and he is now one of Germany’s top hurdy gurdy players. He took lessons with the big names of the hurdy gurdy scene, like Matthias Loibner, Gergory Jolivet and Johannes Hellman. He is already working as an instructor for hurdy gurdy and now enters the musical stage with Fior. 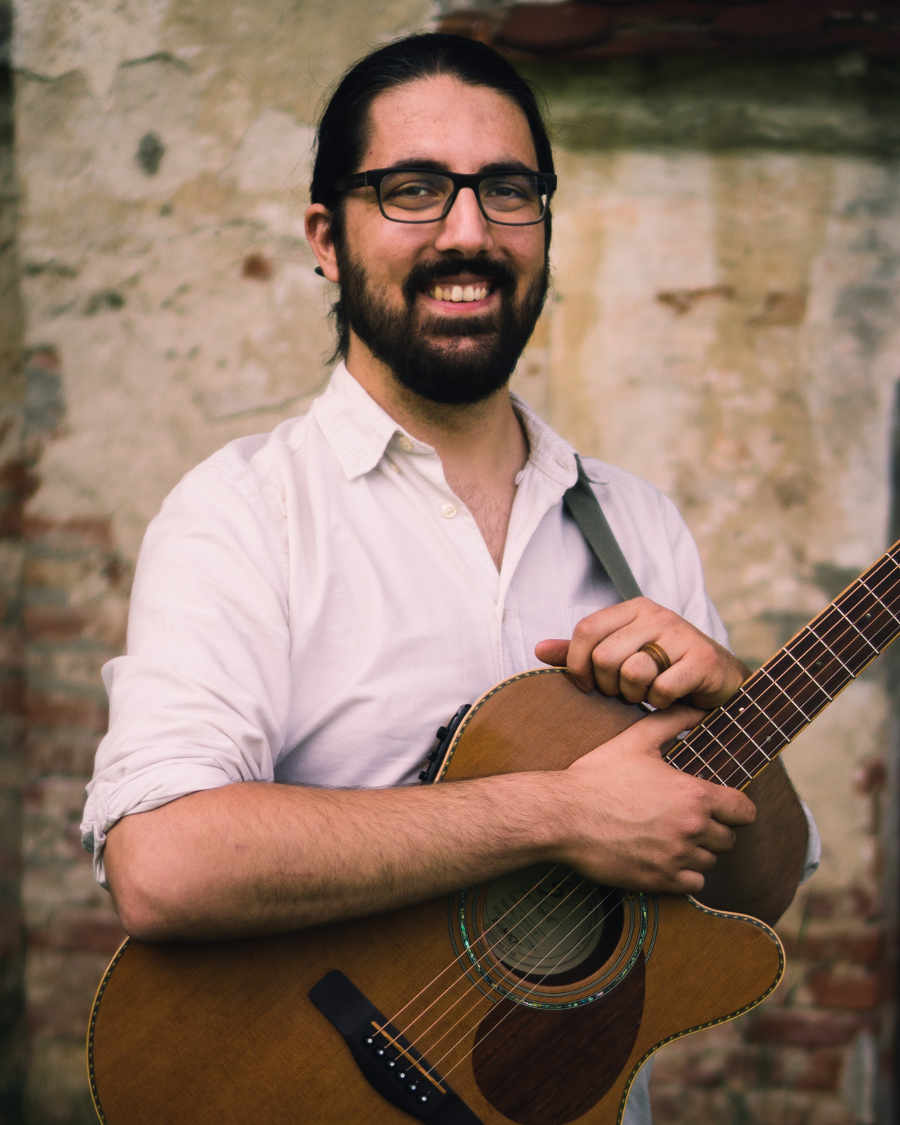 Björn Kaidel, the second multi instrumentalist of the band, plays guitar (DADGAD tuning) and nyckelharpa for Fior. With his unique melodic-rhythmic guitar style and his special intuition for accompaniment, he provides the harmonic ground on which the arrangements of Fior can unfold. In addition to his projects Akleja and Airu , he is a sought-after instructor for ensemble and nyckelharpa workshops and has, amongst others, taught at the International Days of the Nyckelharpa at Burg Fürsteneck, for the German Bordun e.V. and the Dutch Stichting Draailier en Doedelzak.